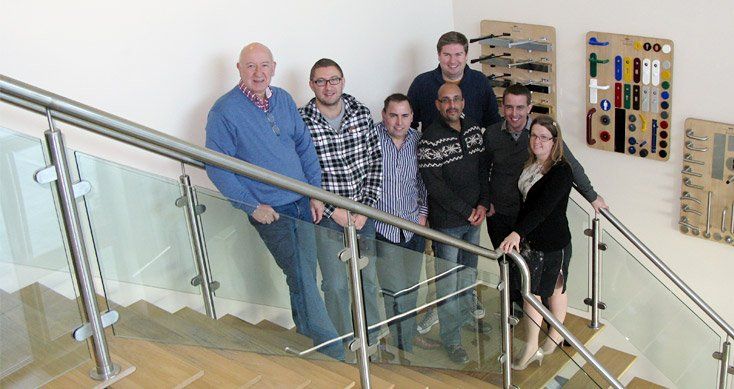 Wyatt Crocker Limited, is the parent company of Ironmongery Experts. Established in 1992, it was founded as a small family business to provide a unique personal service to the construction and joinery industry. Since being formed the company has grown to become a formidable influence within its industry whilst maintaining its personable family approach.

With a wealth of experience in architectural ironmongery gained from many years in the trade; within its ranks it has professionally trained staff and further members who are currently being trained to the exacting standards set by the Guild of Architectural Ironmongers.

As well as providing knowledge to its clients, in the application of door hardware, the company can also provide a scheduling service, in which, a full ironmongery specification can be generated in various formats to satisfy any given situation.

Not beholding to any one given manufacturer of hardware, the company can offer its expertise on a wide product range, giving the customer the benefits of choosing what they may consider desirable and not what may be driven by any external influences.

The company has its own ‘in house’ keying workshop, which allows it to produce master keyed systems at very short notice from its vast stock of cylinders and keys.

Every effort is made to provide a professional and efficient service to all our customers with the objective of hopefully maintaining loyal customer relations. 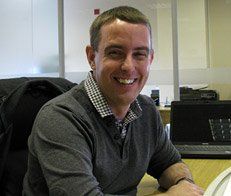 Following a few years service in accounts within the ironmongery trade he joined forces with his father Ron to start Wyatt Crocker Ltd in 1992. From the start he has maintained the financial side of the business as well as being a major part of the sales team.

His experience and phenomenal memory makes him a force to be reckoned with (until he hit 40 and discovered the ‘post it' note). 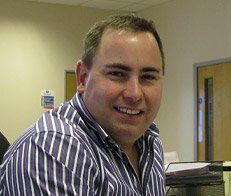 Dean joined the team in 1994, taking a share of sales, packing & deliveries.

During that time he has utilised his practical side by obtaining training and heading Wyatt Crocker Ltd through its growth with our master keying and signwriting departments. This has enabled us to provide a quicker, more efficient keying and sign service to our customer. 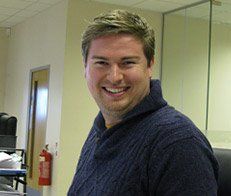 At the age of 18, Ben started his working career in the high security electronic access control sector. Following 5 years with the his employer he joint us in 2006.

Starting his training along side his father Barry, Ben is now a fully qualified and cetificated architectual ironmonger, he has acquired a solid and expansive understanding of ironmongery to accompany his expertise in electronic access control.

Interests: IT, Computers, his Children, Cars and F1. 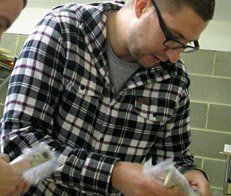 Tom started in our warehouse in 2007. During this time he has amassed a sound knowledge of all aspects of the trade.

In 2012 he has been promoted to a junior position on our sales team, along side his father Barry, to gain a technical experience needed for ironmongery specifications.

Company Co-founder Ron started his ironmongery career in 1961, at the age of 18 years. Through his years in the trade he progressed from accounts, to sales, to Managing Director. In 1992 he and his son Brad started Wyatt Crocker Ltd from a desk in the corner of his home and has nurtured the company to it’s present home.
Ron still keeps a watchful eye, Inbetween the horse racing of course, from his seaside home following his retirement in 2008.

Barry started his ironmongery career, along with his brother Ron, at the age of 17 in 1968. In 1971 he diverged to spend the next 28 years with G & S Allgoods Ltd. During this time he achieved qualifications and experience in the ironmongery trade, but also acquired an extensive knowledge in electronic access control.
In 1999 we were delighted when Barry chose to serve out the rerst of his carrier with us. In 2013 he began his well earned retirement.

Employed initially as our delivery driver in 1998, he was duly relocated to a more fitting position in 2005.

He has since then headed our warehouse staff whilst gaining essential experience in ironmongery necessary to ensure smooth operations.

Started in 2013, he has now become a valuable member of the team in our warehouse.

Adam began working with us in 2019 to manage our PPC, SEO, website optimisation and social media. He is a valuable member of our team helping us grow our online presence quickly.

Thank him, for you, finding us!

Tracey joined her husband Brad in 1998 in a general administrative and accounts role.

Following the birth of their first son in 2001 and his sister in 2003, she reduced her commitment to concentrate on motherhood as well performing an active role fundraising within her local community.

In 2006 she returned to her accounts role and more recently has taken an important role to administer our ever expanding online portfolio of products found on Ironmongery Experts.

A certain someone in our office, who shall remain nameless, has an acute weakness when it comes to a certain brand of coffee.

You’d think that no good could come from two, sometimes three, cups of Skinny Caramel Latte a day? But you’d be wrong!!!

In an attempt to create some benefit from his costly addiction Ironmongery Experts has purchased a shiny new coffee machine, which coincidentally reproduces this particular coffee, for him (or anyone else for that matter) to purchase without tiresome trips to his local.

Ironmongery Experts asked once a quarter for our followers to nominate a registered charity to profit from Coffers 4 Coffee. After nominations we will offer our choice of the worthy charities leaving it to you to register your votes for the winner of that quarters profits.